"Our sons are plundered of their organs"

Palestinians accuse the Israel Defense Forces of taking organs from their victims.
Donald Boström writes about an international organ trafficking scandal – and about the time he saw the cut-up dead body of a nineteen-year old Palestinian.

Young Palestinian men throwing stones and bottles at Israeli soldiers in the northern West Bank. In this area, Bilal Achmed Ghanan was shot to death and cut up in a hospital. "Our sons are being used as organ reserves," claim the Palestinians.
1 av 3Foto: Donald Boström

You could call me a ”matchmaker”, said Levy Izhak Rosenbaum, from Brooklyn, USA, in a secret recording with an FBI-agent whom he believed to be a client. Ten days later, at the end of July this year, Rosenbaum was arrested and a vast, Sopranos-like, imbroglio of money-laundering and illegal organ-trade was revealed in New Jersey: Rabbis, politicians and trusted civil servants had for years bin involved in money laundering and illegal organ-trade.

Rosenbaum’s matchmaking had nothing to do with romance. It was all about buying and selling kidneys from Israel on the black market. Rosenbaum says that he buys the kidneys for 10 000 dollars, from poor people. He then proceeds to sell the organs to desperate patients in the States for 160 000 dollars.

The accusations have shaken the American transplantation business. If they are true it means that organ trafficking is documented for the first time in the US, experts tell the New Jersey Real-Time News.

On the question of how many organs he has sold Rosenbaum replies: ”Quite a lot. And I have never failed,” he boasts. The business has been running for quite some time.

Francis Delmonici, professor of transplant surgery at Harvard and member of the National Kidney Foundation’s Board of Directors, tells the same newspaper that organ-trafficking, similar to the one reported from Israel, is carried out in other places of the world as well. 5 – 6 000 operations a year, about ten per cent of the world’s kidney transplants are carried out illegally, according to Delmonici.

Countries suspected of these activities are Pakistan, the Philippines and China, where the organs are allegedly taken from executed prisoners. But Palestinians also harbor strong suspicions that young men have been siezed, and made to serve as organ reserve, just as in China and Pakistan, before being killed – a very serious accusation, with enough question marks to motivate the International Court of Justice (ICJ) to start an investigation about possible war crimes.

Israel has repeatedly been under fire for its unethical ways of dealing with organs and transplants. France was among the countries that ceased organ collaboration with Israel in the nineties. Jerusalem Post wrote that ”the rest of the European countries are expected to follow France’s example shortly.”

Half of the kidneys transplanted to Israelis since the beginning of the 2000s have been bought illegally from Turkey, Eastern Europe or Latin America. Israeli health authorities have full knowledge of this business but do nothing to stop it. At a conference in 2003 it was shown that Israel is the only western country with a medical profession that doesn’t condemn the illegal organ trade. The country takes no legal measures against doctors participating in the illegal business – on the contrary, chief medical officers of Israel’s big hospitals are involved in most of the illegal transplants, according to Dagens Nyheter (December 5, -03).

In the summer of 1992, Ehud Olmert, then minister of health, tried to address the issue of organ shortage by launching a big campaign aimed at having the Israeli public register for postmortal organ donation. Half a million pamphlets were spread in local newspapers. Ehud Olmert himself was the first person to sign up.

A couple of weeks later the Jerusalem Post reported that the campaign was a success. No fewer than 35 000 people had signed up. Prior to the campaign it would have been 500 in a normal month. In the same article, however, Judy Siegel, the reporter, wrote that the gap between supply and demand was still large. 500 people were in line for kidney transplant, but only 124 transplants could be performed. Of 45 people in need of a new liver only three could be operated on in Israel.

While the campaign was running, young Palestinian men started to disappear from villages in the West Bank and Gaza. After five days Israeli soldiers would bring them back dead, with their bodies ripped open.

Talk of the bodies terrified the population of the occupied territories. There were rumors of a dramatic increase of young men disappearing, with ensuing nightly funerals of autopsied bodies.

I was in the area at the time, working on a book. On several occasions I was approached by UN staff concerned about the developments. The persons contacting me said that organ theft definitely occurred but that they were prevented from doing anything about it. On an assignment from a broadcasting network I then travelled around interviewing a great number of Palestininan families in the West Bank and Gaza – meeting parents who told of how their sons had been deprived of organs before being killed. One example that I encountered on this eerie trip was the young stone-thrower Bilal Achmed Ghanan.

It was close to midnight when the motor roar from an Israeli military column sounded from the outskirts of Imatin, a small village in the northern parts of the West Bank. The two thousand inhabitants were awake. They were still, waiting, like silent shadows in the dark, some lying upon roofs, others hiding behind curtains, walls, or trees that provided protection during the curfew but still offered a full view toward what would become the grave for the first martyr of the village. The military had interrupted the electricity and the area was now a closed-off military zone – not even a cat could move outdoors without risking its life. The overpowering silence of the dark night was only interrupted by quiet sobbing. I don’t remember if our shivering was due to the cold or to the tension. Five days earlier, on May 13, 1992, an Israeli special force had used the village’s carpentry workshop for an ambush. The person they were assigned to put out of action was Bilal Achmed Ghanan, one of the stone-throwing Palestinian youngsters who made life difficult for the Israeli soldiers.

As one of the leading stone-throwers Bilal Ghanan had been wanted by the military for a couple of years. Together with other stone-throwing boys he hid in the Nablus mountains, with no roof over his head. Getting caught meant torture and death for these boys – they had to stay in the mountains at all costs.

On May 13 Bilal made an exception, when for some reason, he walked unprotected by the carpentry workshop. Not even Talal, his older brother, knows why he took this risk. Maybe the boys were out of food and needed to restock.

Everything went according to plan for the Israeli special force. The soldiers stubbed their cigarettes, put away their cans of Coca-Cola, and calmly aimed through the broken window. When Bilal was close enough they needed only to pull the triggers. The first shot hit him in the chest. According to villagers who witnessed the incident he was subsequently shot with one bullet in each leg. Two soldiers then ran down from the carpentry workshop and shot Bilal once in the stomach. Finally, they grabbed him by his feet and dragged him up the twenty stone steps of the workshop stair. Villagers say that people from both the UN and the Red Crescent were close by, heard the discharge and came to look for wounded people in need of care. Some arguing took place as to who should take care of the victim. Discussions ended with Israeli soldiers loading the badly wounded Bilal in a jeep and driving him to the outskirts of the village, where a military helicopter waited. The boy was flown to a destination unknown to his family. Five days later he came back, dead and wrapped in green hospital fabric.

A villager recognized Captain Yahya, the leader of the military column who had transported Bilal from the postmortem center Abu Kabir, outside of Tel Aviv, to the place for his final rest. ”Captain Yahya is the worst of them all,” the villager whispered in my ear. After Yahya had unloaded the body and changed the green fabric for a light cotton one, some male relatives of the victim were chosen by the soldiers to do the job of digging and mixing cement.

Together with the sharp noises from the shovels we could hear laughter from the soldiers who, as they waited to go home, exchanged some jokes. As Bilal was put in the grave his chest was uncovered. Suddenly it became clear to the few people present just what kind of abuse the boy had been exposed to. Bilal was not by far the first young Palestinian to be buried with a slit from his abdomen up to his chin.

The families in the West Bank and in Gaza felt that they knew exactly what had happened: ”Our sons are used as involuntary organ donors,” relatives of Khaled from Nablus told me, as did the mother of Raed from Jenin and the uncles of Machmod and Nafes from Gaza, who had all disappeared for a number of days only to return at night, dead and autopsied.

– Why are they keeping the bodies for up to five days before they let us bury them? What happened to the bodies during that time? Why are they performing autopsy, against our will, when the cause of death is obvious? Why are the bodies returned at night? Why is it done with a military escort? Why is the area closed off during the funeral? Why is the electricity interrupted? Nafe’s uncle was upset and he had a lot of questions.

The relatives of the dead Palestinians no longer harbored any doubts as to the reasons for the killings, but the spokesperson for the Israeli army claimed that the allegations of organ theft were lies. All the Palestinian victims go through autopsy on a routine basis, he said. Bilal Achmed Ghanem was one of 133 Palestinians killed in various ways that year. According to the Palestinian statistics the causes of death were: shot in the street, explosion, tear gas, deliberately run over, hanged in prison, shot in school, killed at home etcetera. The 133 people killed were between four months to 88 years old. Only half of them, 69 victims, went through postmortem examination. The routine autopsy of killed Palestinians – of which the army spokesperson was talking – has no bearing on the reality in the occupied territories. The questions remain.

We know that Israel has a great need for organs, that there is a vast and illegal trade of organs which has been running for many years now, that the authorities are aware of it and that doctors in managing positions at the big hospitals participate, as well as civil servants at various levels. We also know that young Palestinian men disappeared, that they were brought back after five days, at night, under tremendous secrecy, stitched back together after having been cut from abdomen to chin.

It’s time to bring clarity to this macabre business, to shed light on what is going on and what has taken place in the territories occupied by Israel since the Intifada began. 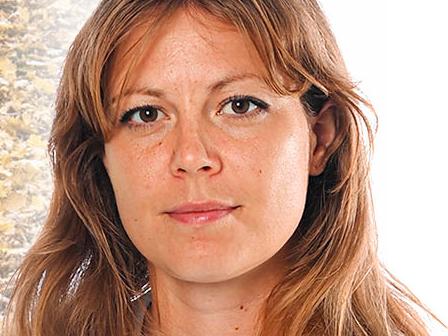 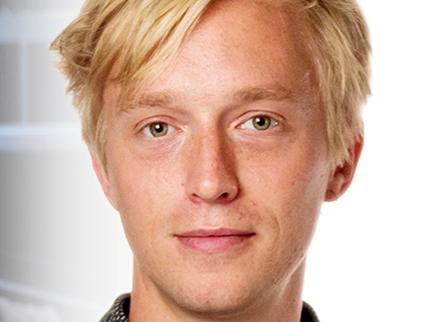 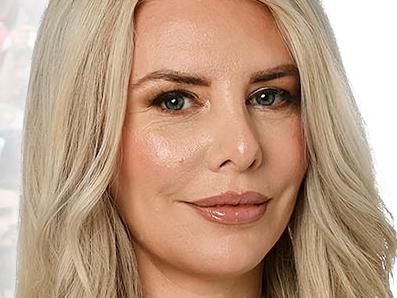 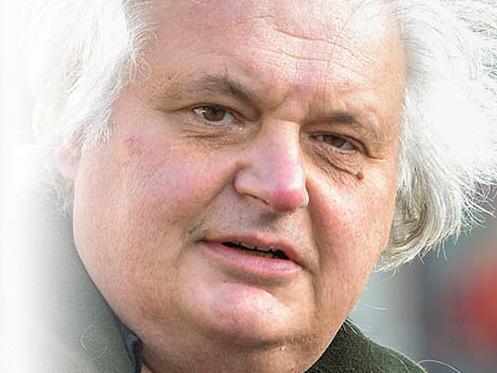 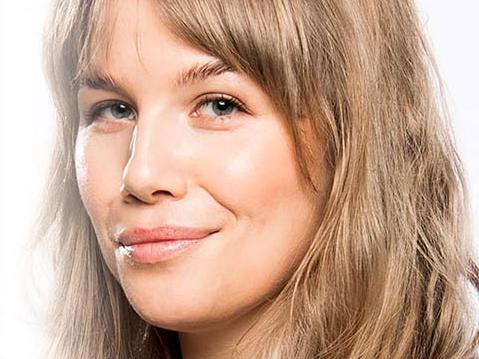