Simon West säger: Hello, this is Simon West, director of "Tomb Raider". And I"m in Stockholm.

lara säger: what was funniest with making this movie ?

Simon West säger: I guess it"s when things go wrong that it"s funny. You"ll just have to wait fopr the behind the scenes-documentary on DVD to find out what that was.

Andji säger: Hi Simon, I just wonder one thing: How is Angelina Jolie in person? Have a nice day!

Dirk Diggler säger: How does it feel to be number one in USA?

Simon West säger: It feels very exciting and a big relief. PS. I loved you in "Boogie Nights"!

Daniel säger: Did you think that Jerry Bruckheimer was a nice man to work whith.//Daniel

Simon West säger: Yes, Jerry is a very nice man to work with, because he gave me 70 million dollars to make my first movie.

Linna säger: Did you have fun while you were doing the movie?

Simon West säger: Some days were fun, but out of a 100 days of shooting I say that 75 % is very hard work and the most fun is watching it when it"s finished.

Laura säger: In what way will Tomb Raider amaze me? (really looking forward to see it...)

Simon West säger: You"ll get to see the real Lara Croft, and realise that she"s a wonderful person and want to spend more time with her, whether you"ve played the game or not.

spiff säger: what are your plans for the future?

Simon West säger: I"m working on a film at the moment called "The Prisoner" based on British 60s tv series starring Patrick McGooghan.

Daniel säger: Which composer did you think make the best score.//Daniel

Simon West säger: I like both Carter Burwell, who did ”The General's Daughter” and Graham Revelle, for different reasons. I pick the composer whose style fits the movie. Graham is very good with ethnic instruments, and the world music aspect was an important part of this film.

L24 säger: Hi Simon! Really enjoyed "Con Air" and looking forward to "Lara Croft". Now the question, is it true that Victoria Beckham were asked for the roll as Lara? And if so, why her? (Thank god she isn´t) Angelina seem perfect!

Simon West säger: No, Victoria Beckham was never going to be Lara Croft, but a lot of people wanted to play the part.

ante säger: How many feet of film was used during the shoot of Tombraider?

Mr.Blind säger: Hi Simon.Do you think Angelina is sexy I think so.

Niklas säger: What is your next project?

Marc säger: Is The Movie Great?

Simon West säger: Well...you"ll have to wait and see.

Marc säger: Will there be a Con Air 2?

Simon West säger: I used to think there would never be, but now I"m getting kind of nostalgic. The only problem, all my favourite characters were killed.

alfadjud säger: Will there be a Tombraider sequel?

Simon West säger: We"ll have to wait and see if the audience want one. But both Angelina and I would be very pleased to make one, as we"ve only scratched the surface of the character.

roy_fokker säger: why must lara have so huge tits? aint it better to make a move that is so good that you dont need any "naked" ladies to sell it?

Simon West säger: I based the movie version of Lara very closely on the game version. And I didn"t want to disappoint the Lara Croft fans by changing her too much. 20 million people bought the game, maybe 20 million will come to see the film.

Danielb säger: Is it true that you will work together whith Jerry Bruckheimer and Ridley Scott.

Simon West säger: That project is called Blackhawk Down. I was going to direct it but I didn"t finish Tomb Raider in time. Now Ridley is directing, and I"m producing.

Tomb Raider 2001 säger: Are you married

Simon West säger: Yes I am.

L24 säger: Any other "videogame"-based movie project going on in the future? (sorry for the bad english...)

Gutte säger: why did you want to make a move from a pc game ?

Simon West säger: Because the game was so filmic. And it meant I would be able to have a female action hero.

Hoffen säger: I guess that its quite alot of stunts in the movie. Did you use a stuntdubble for Angellina?

Simon West säger: No, Angelina did most of her stunts herself. On a few occasions I used an acrobat stunt double. But most are hers.

Simon West säger: I love Sweden, especially Stockholm. I"ve been here before and I always try to do some outdoor activity. Last time I took a ride in a hot air balloon, and this year I"ve done some clay pigeon shooting.

Zeec säger: What did the whole production cost?

tomb_raider_fan säger: Do you think that all Tomb raider games was a help to make the movie so big and famous??

Simon West säger: Yes, definitely. There are so many Tomb Raider game fans there"s almost a built-in audience for the film.

maria säger: What is your favouritecolour?

Tomb Raider 2001 säger: What Would You Say If Pamela Anderson Came To You And Asked:Can We Make A Movie?

Simon West säger: Yes, as long as it was a comedy.

Kicki säger: Jolie is perfect as Lara Croft. If she had not agreed to do the film, who would you have liked to play Lara?

Simon West säger: I didn"t have any second choices for Lara so I probably wouldn"t have done the film without Angelina.

alfadjud säger: Have you ever played the first tomb raider game for Playstation, and finnished it? =)

Simon West säger: No, I haven"t. I"m absolutely hopeless at the game and just keep killing her...

Loppe säger: Hello Mr West was it easy to work with Mrs Jolie?

Simon West säger: Yes, it was very easy. She is the hardest-working actor I"ve ever worked with.

Danielb säger: in Con Air the music was great. Do you think the music is important

Simon West säger: Yes, very important. I always pick it personally, very carefully, and I think the soundtrack for Tomb Raider is the best yet.

Danielb säger: Which one of your movies do you think is the best//Daniel

Simon West säger: I think The General"s Daughter is the best made, but I think Con Air is the most entertaining.

sonicwurst säger: Have you ever completed any of the Tomb Raider games ?

Simon West säger: No, I haven"t. And probably never will.

gonu säger: did angelina train a lot for the movie?

le baron säger: Have you had anything to say about the script?

Simon West säger: I wrote the original story, then I got a scriptwriter in to get the screenplay which I then rewrote several times.

Cobolta säger: do you think tomb raider will win a couple of oscars??

BK säger: Hi Simon.........First I just wanna say that I really liked con air and that you did a fantastic job..Then I wondered what advice you have for someone who wanna succes as a musician,producer....or anything..peace BK

Janne säger: Did you get to see Angelinas collection of knives?

Simon West säger: No, we provided her with a whole new collection. She chose a variety of new knives, one to keep in her boot, one to be kept under the bed and one for throwing.

HELLO säger: are you rich?

Simon West säger: Hopefully I will be after Tomb Raider.

Simon West säger: Tough one... my grandmother always used to say "If you can"t think of anything nice to say, don"t say anything at all". By the way - I"m British.

Dream Weaver säger: Do you think that "Con Air" should be released as a video-game?

Kicki säger: What audience, apart from the Tomb Raider fans, will enjoy the film you think?

Simon West säger: All audiences should. And when we tested it in America it scored highest with girls and women.

GiInsomniac säger: What do you say about the bad reviews the US Newspapers gave the movie?

Simon West säger: I never read reviews, so I don"t get involved in what those people think.

Tomb Raider 2001 säger: Would you like to do a action movie with tom cruise?

evelina säger: What would you work with if you couldn´t work with movies?

Simon West säger: I"d be a sculptor. I wouldn"t need 300 people and 85 million dollars to create a piece of art, the way I do now.

Simon West säger: Thanks for all the questions, hope you will enjoy the movie when you see it. I hope to be back in Stockholm soon. 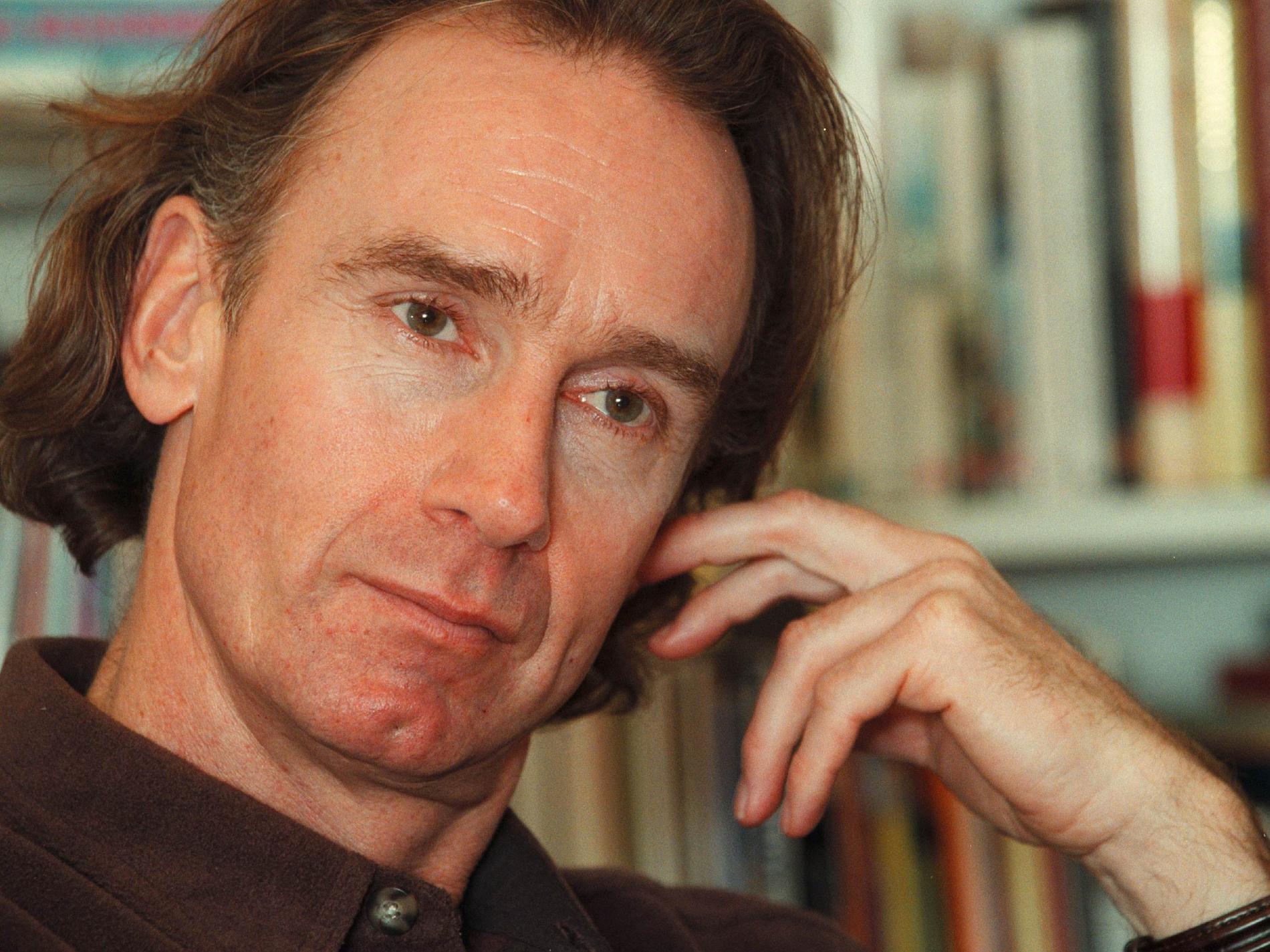 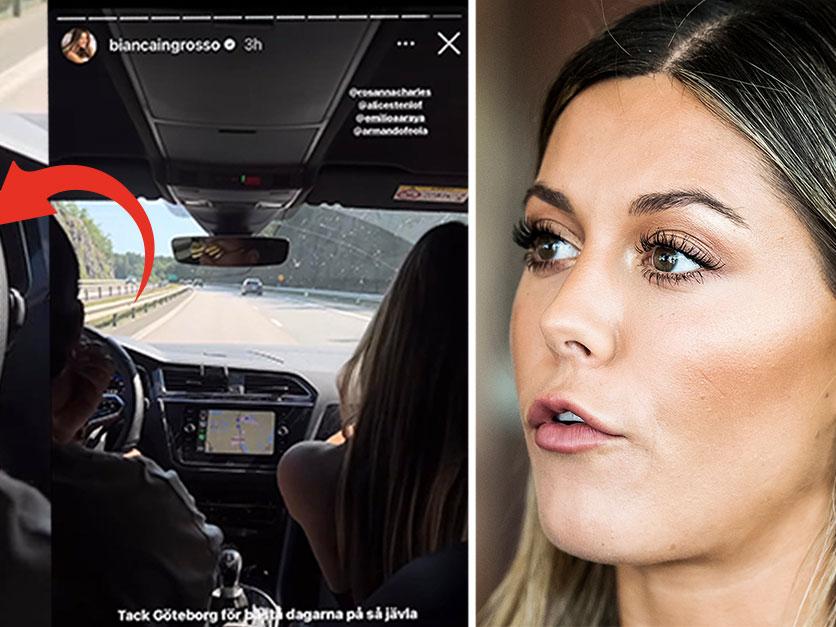 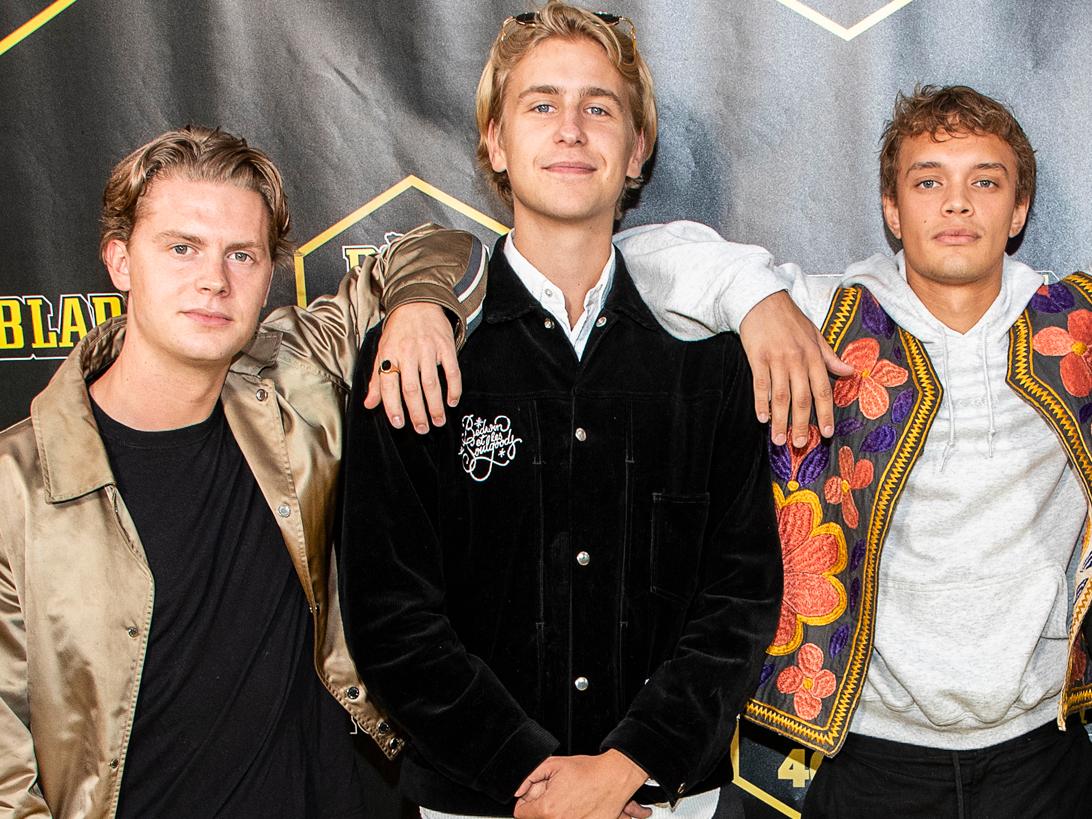 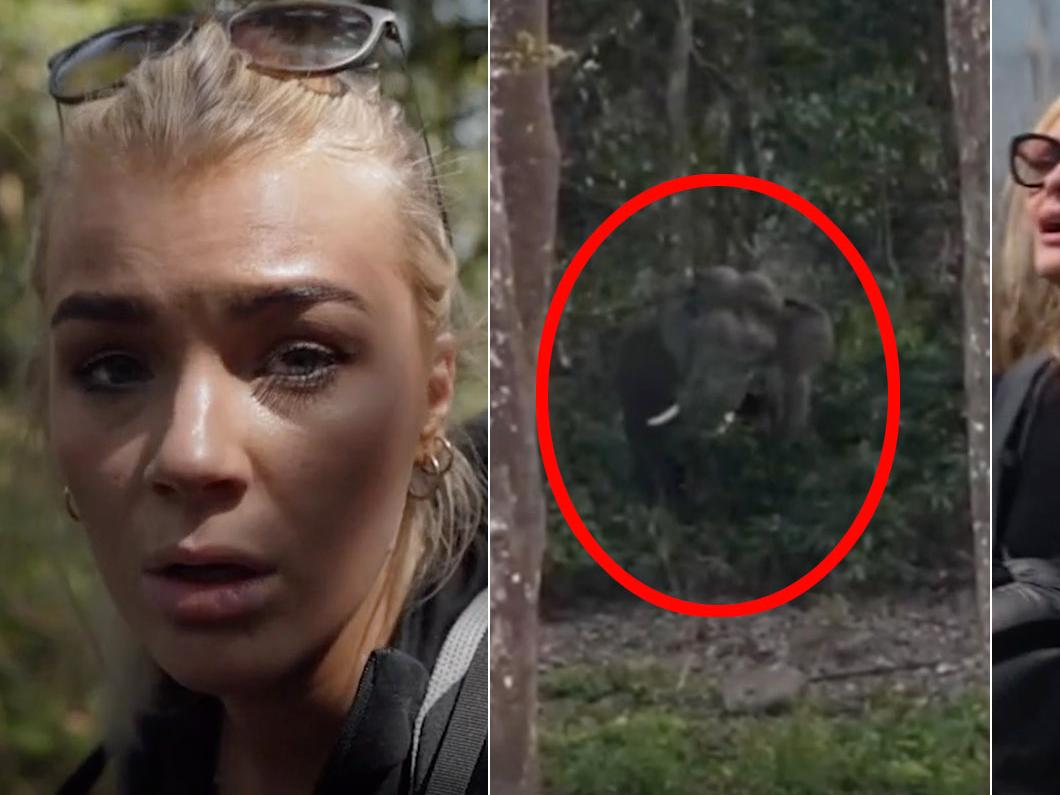 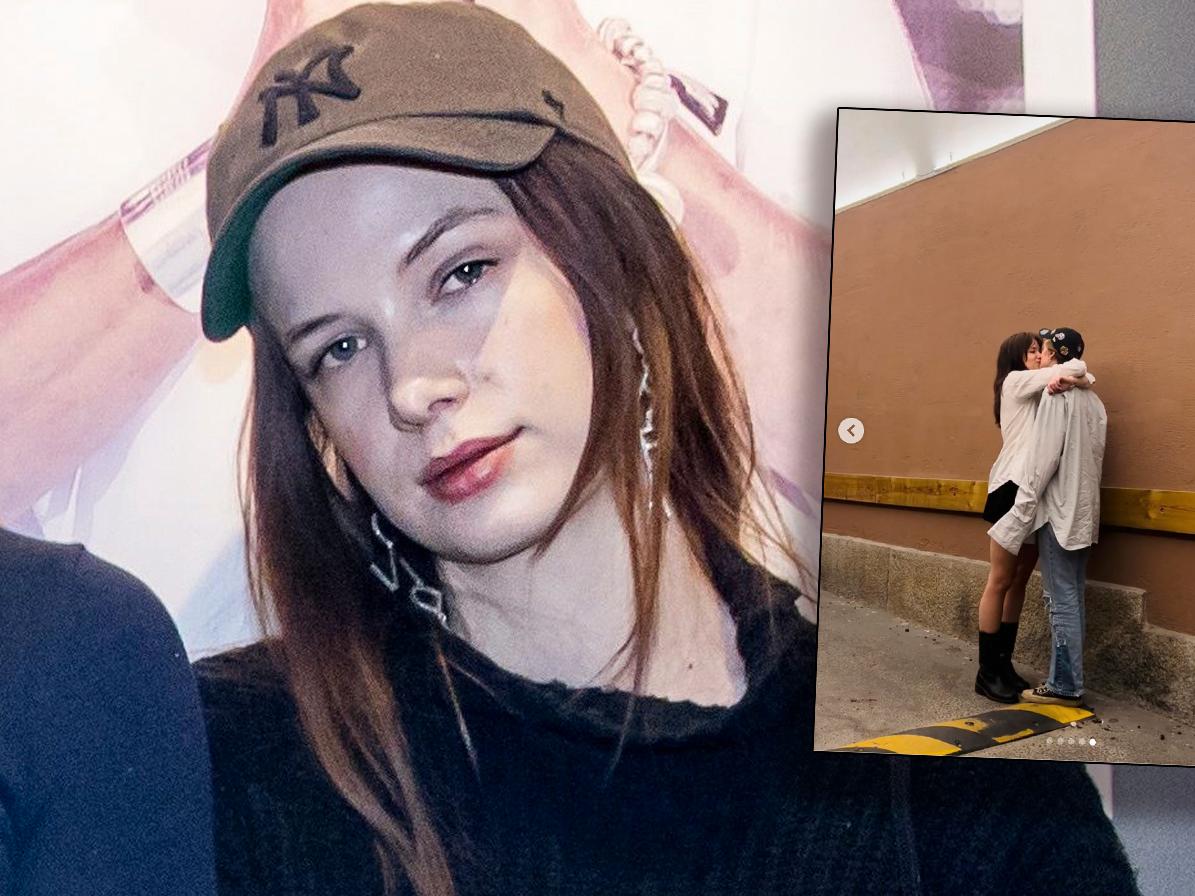