Four people was killed and fifteen injured during an attack where a lorry crashed into pedestrians in the Swedish capital Friday afternoon.

”Sweden has been attacked, everything points to an act of terror”, says Swedish prime minister Stefan Löfven.

11-year-old girl one of the victims.

At 2:53 pm, Friday afternoon, police was alerted to Drottninggatan, a main shopping street in downtown Stockholm.

An hour later Swedish prime minister Stefan Löfven stated that Sweden has become the scene for an apparent terrorist attack.

”Points to an act of terror”

”Sweden has been attacked, everything points to an act of terror” says the Swedish PM in a brief statement.

A lorry was, in what seems to be a deliberate attack, driven several blocks along the pedestrian street hitting and running over several people.

The lorry then drove straight into the storefront of the Åhléns department store, a main spot for Friday shoppers in the Swedish capital. Shortly thereafter the lorry caught fire.

At least four people have been killed in the attack and there is ”a large number of wounded”.

”I saw hundreds of people running. They ran for their lives” says eyewitness Anna to Aftonbladet. ”I turned and ran aswell!”

Panic as the lorry ran over people

Another eywitness, Durde, tells Aftonbladet of how he saw the lorry hit innocent bystanders: ”The lorry just drove, full speed ahead, down Drottninggatan street, hitting people” he says. ”We had to throw ourselves into an H&M store, and then the lorry hit Åhléns”.

Doing some Friday shopping on the street of Drottninggatan Jan Granroth heard people scream: ”We were inside a shoe store and heard noise. I looked out from the store to see this huge truck slam into the wall on the opposite side of the street” says he.

Granroth had to escape through an emergency exit out onto a neighboring street.

Dimitris, another eyewitness describes the panic when the truck came out of nowhere.

”I was walking on the main street when a big truck came out of nowhere” he tells Aftonbladet. ”I could not see if anyone was driving it, but it seemed out of control. I saw at least two people being run over. I ran as fast as I could away from there”.

During the afternoon central Stockholm was held in a complete lockdown. Car traffic as well as trains and underground trains were all shut down.

Just before 8 pm Friday evening the Stockholm underground were up and running again, however no trains were allowed to stop at T-centralen and Hötorget stations, the ones closest to the attack.

The Swedish government offices, situated a block from Drottninggatan, approximately 700 meters from where the attack took place, were evacuated and all ministers put to safety.

The Stockholm central station, in close proximity to both Drottninggatan shopping street and Åhléns department store, was also evacuated shortly after the attack.

Police urged people to stay away from downtown Stockholm and to avoid large crowds.

According to the Swedish Security Service during a press conference at 5.50 pm Friday afternoon, the lorry, belonging to a well known Swedish brewery, was stolen in central Stockholm shortly before the attack.

The driver was hit by the lorry as he tried to stop a suspect from stealing the vehicle. According to sources the suspect covered his head with a black hoodie.

During the press conference the Swedish Security Service also presented a picture from security footage, taken in close proximity to the Åhléns department store, of a man wanted for questioning. According to the Security Service the man was at that time not considered to be a suspect but rather a person of interest, with information of importance for the ongoing investigation.

Around 8.30 pm a man was arrested in the town of Märsta outside Stockholm. A source tells Aftonbladet that the man claims to be responsible for the attack.

Police confirm that one man has been arrested in connection with the attack in Stockholm, and that he resembles the person on the pictures, previously acknowledged as a ”person of interest”.

Aftonbladet’s sources have identified the arrested man as a 39-year-old man of Uzbek citizenship. In his social media accounts the man has expressed positive views of the terror organisation IS, and also ”liked” a picture on Facebook of bloody victims taken seconds after the explosion at the Boston Marathon in april 2013.

”He never speaks of politics”

One of the man’s acquaintances spoke to Aftonbladet from her home in Stockholm: ”He has four children and works in construction”.

”He never speaks about politics or religion, the only thing he talks abut is getting more work so that he can send more money to his family” says she and also states that the man does not live at his registered address but in one of Stockholm’s southern suburbs.

Early Saturday morning the man was held ”on suspicion of terror acts by murder”.

Explosives found in the lorry

The head of the Swedish National Police Board, Dan Eliasson, spoke at a press conference held in Stockholm Saturday and confirmed what Aftonbladet could reveal early this morning, that the man is of Uzbek citizenship: ”We have no indications that this would be the wrong person, on the contrary” he says.

Swedish police are still not ruling out the possibility of more than one perpetrator.

Also early Saturday morning the lorry was towed away from the crash site. According to sources police found undetonated explosives in the passenger seat.

”We encountered a device that does not belong in the front seat of a truck. A forensic examination is being conducted to reveal whether it is a bomb or some other device” says the Swedish police chief Dan Eliasson.

Know to the Security Service

According to the head of the Swedish Security Service, Anders Thornberg, the detained man is previously known by the authorities, and was flagged as recently as last year when someone alerted the Security Service that he could be a potential security risk. ”He has been noticed in our intelligence flow” says he. ”We investigated the data, but couldn’t confirm anything.”

The Uzbek man has not previously been linked to extremist settings in Sweden and hasn’t been under any other type of investigations by the Swedish Security Service, according to their chief.

The King of Sweden: ”Shaken”

In a speech Saturday afternoon, His Royal Majesty Carl XVI Gustaf, the King of Sweden expressed his feelings: ”First of all, I want to let you know that my, and the thoughts of the royal family, go out to the victims of this heinious deed, our fellows who have been injured and killed” says His Majesty.

”Our thoughts also go out to their families and friends. We stand by them in their grief and concern. We are all shaken by what has happened. But it also brings hope to see how people care for each other, proof of the strength in our society. We, who want to help, are so many, many more than those who want to hurt us. To know that gives me comfort and confidence. Police, medical staff and rescue services have done a fantastic work, minimizing the damage.”

”We have unfortunately experienced violent acts in the past which we managed to endure and we will do so now. Sweden is, has long been, and will continue to be a safe and peaceful country” says His Majesty the King of Sweden.

Saturday evening the police stopped a car on the island of Kungsholmen, a central part of Stockholm, and detained three persons in connection to the attack.

Police had to smash the window on the driver’s side of the car and at least two of the persons in the car were wrestled to the ground by police wearing plainclothes.

According to Aftonbladet’s sources the car owner has been linked to the 39-year-old suspect.

The car was stopped only a couple of hundred meters from where the 39-year-old is being held, in Kronobergshäktet, the Stockholm remand prison.

In a separate raid, also Saturday evening, in the suburb of Vårberg, police entered a flat where the 39-year-old man is said to have been just hours before he steered the lorry into pedestrians. At least two more persons were detained in the raid, and Aftonbladet’s reporter spotted one young man being escorted out of the building by police.

At a press conference Sunday at noon Swedish police concludes that the four victims of the attack have been identified and their families notified. Two of the victims are Swedes, one is from the United Kingdom and one is Belgian. ”We will not confirm the identities, nor ages or gender of the deceased out of respect to their families” says National Strategic Commander Jonas Hysing.

Regional Strategic Commander Jan Evensson revealed more details about the 39-year-old suspect: ”In 2014 he applied for permanent residency in Sweden. In June 2016 that was rejected and the Swedish Migration Agency made the decision that he would be deported” says he.

Due to this the suspect has been wanted by police since February of 2017.

Evensson also reveals that ”a maximum of five persons” are still being detained.

One more person has been held ”on suspicion of crimes against national security” according to official documents filed at the Stockholm District Court.

The decision was made at 8.45 am, Saturday morning, and the suspect is being held in Kronobergshäktet, the Stockholm remand prison, the same place where the 39-year-old is being held.

The Swedish Prosecution Authority says in a statement that the second suspect is held ”on suspicion of crimes of terror by murder”.

41-year-old Chris one of the victims

41-year-old Chris Bevington is one of the victims.

At 3 pm on Sunday the UK Foreign office released a statement on behalf of his father John Bevington: “We are all devastated by the untimely and tragic death of our talented, compassionate and caring son Chris” reads the statement. ”A wonderful husband, son, father, brother and close friend to many. The family requests absolute privacy at this incredibly difficult time to mourn his passing in peace.”

At 6 pm Sunday Aftonbladet names the man believed to be the driver of the lorry, arrested Friday night, as 39-year-old Uzbek Rakhmat Akilov.

According to police sources Akilov has confessed to driving the lorry. While being questioned by the police he is supposed to have said: ”I ran over the unfaithful”.

DNA tests were used to establish the identity of one of the victims as 31-year-old Belgian Maïlys Dereymaeker. Her identity was confirmed by Dirk Pieters, the mayor of her hometown Halle.

One of the victims is also confirmed to be an 11-year-old Swedish girl.

The suspicions against the second person who has been held has weakened, and he was set to be released Tuesday morning, but was immediately taken into custody again due to a previous deportation order by the Swedish immigration authorities.

The younger brother of 69-year-old victim Lena Wahlberg, a retired special education teacher from the town of Ljungskile, tells Aftonbladet of his and their family’s sorrow: ”She was the best big sister anyone could wish for. It hurts so much that this happened to her” he says.

Tuesday afternoon 8 persons were still being treated in hospitals for injuries caused by Rakhmat Akilov’s lorry on Drottninggatan. Two of them are still in intensive care.

11-year-old Ebba Åkerlund is named as the fourth victim of the attack on Drottninggatan. ”From the bottom of our hearts we want to thank the Swedish people for all their warmth and love you have given us in a time of despair and pain. Now we need peace to process our grief and we ask you respect that” her parents said in a statement. 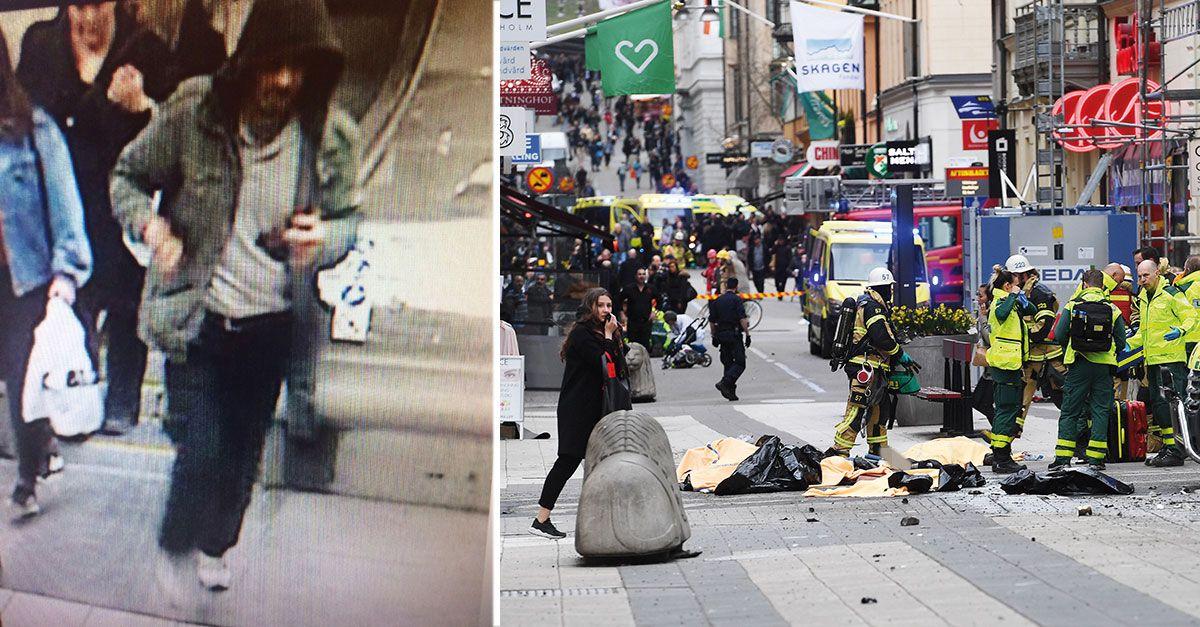 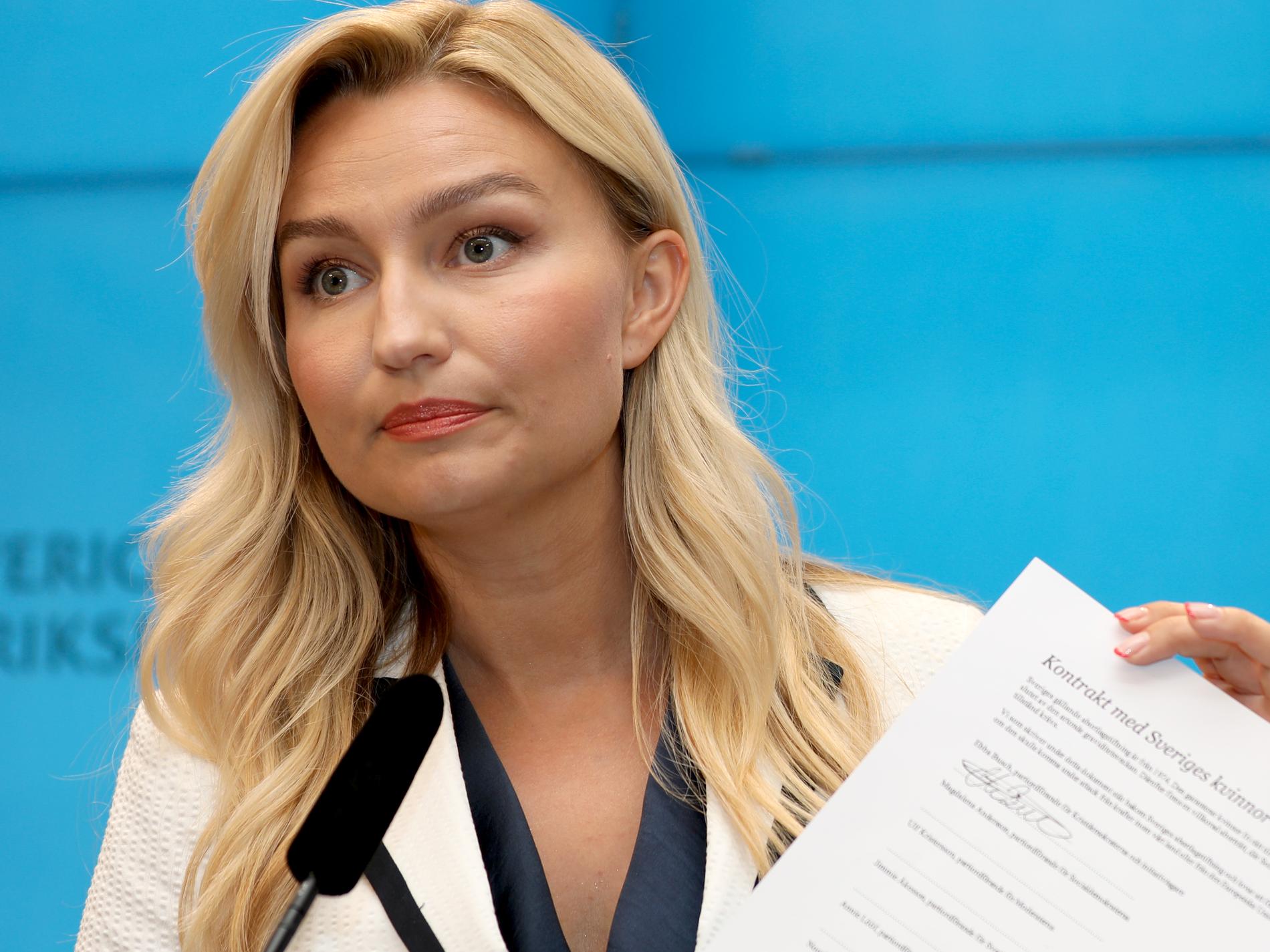 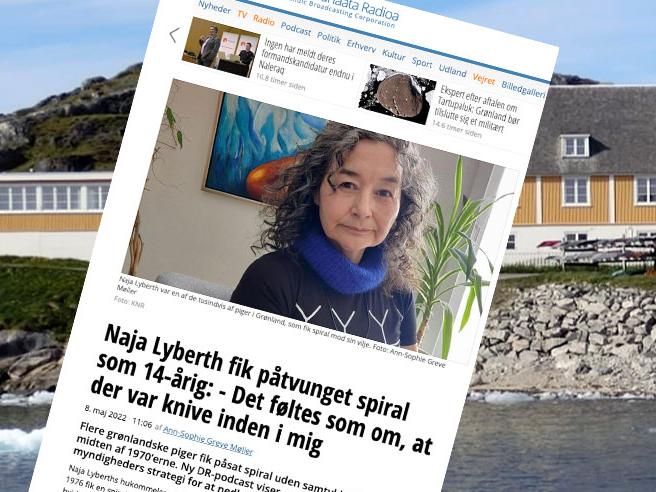 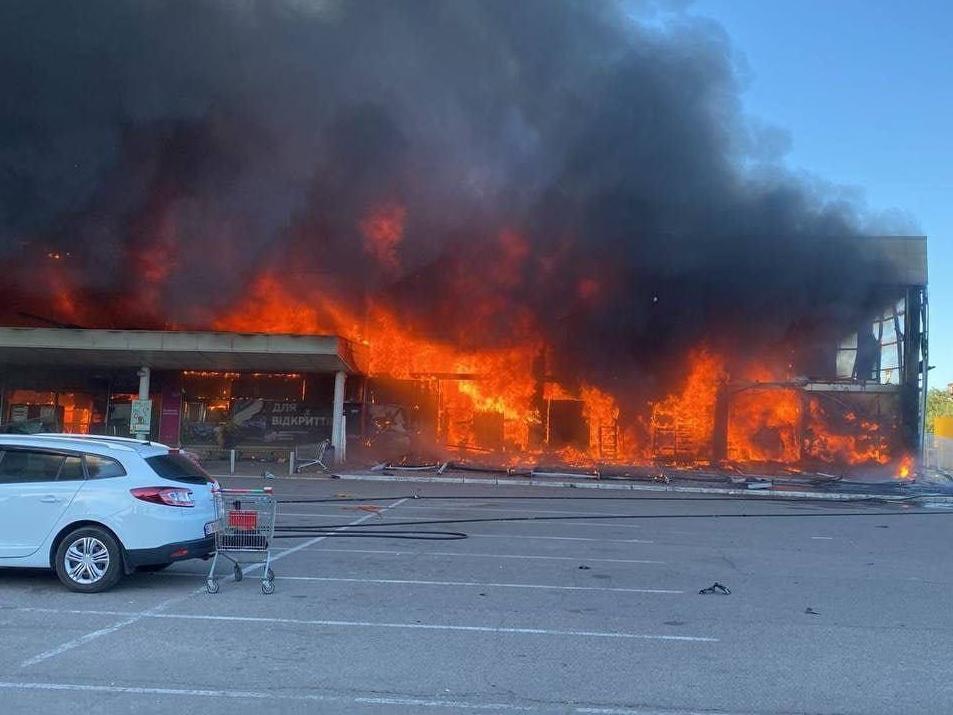 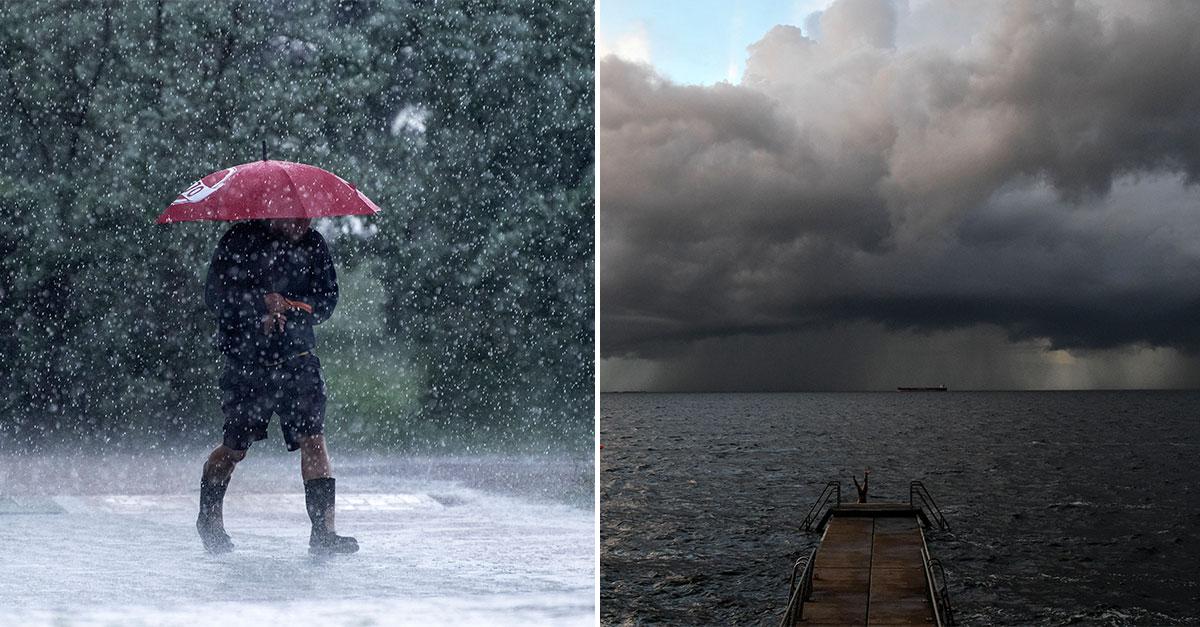