f0rest: "We work great as a team which brings out the best in all of us"

"We realized just how important tactics really are"

A solid superstar whose team is going through an inconsistent period, that's the reality for Patrik "f0rest" Lindberg.
New coaching rules from Valve along with a team mate's injury have left traces in the development of Ninjas in Pyjamas.

– I hope pyth returns as soon as possible, so we can continue building the solid game we had started building before, f0rest says to Sportbladet.

"We constantly try to be a team in change", the words were spoken by Björn "THREAT" Pers shortly after he had entered Ninjas in Pyjamas as their new coach and in-game leader. The upcoming changes were however far from what the stars had hoped for.

In August, as their newest recruit Jacob "pyth" Mourujärvi fell victom to yet another hand injury in the scene, the legendary Swedish team looked to Joakim "disco doplan" Gidetun for help as a stand in - later to be replaced by Mikail "Maikelele" Bill whose with the team until this day.

Shortly thereafter another bomb dropped upon the Counter-Strike community, as Valve announced new tournament rules - forcing all coaches to leave their positions as in game leaders. A hard blow, Patrik "f0rest" Lindberg tells Sportbladet.
– We spent so much time bringing in THREAT as our in game leader, we put in so much effort and I think it really imporoved our game, the Swede says to Sportbladet.

– Adapting to having a sixth person who speaks just as much as everyone else was really quite challenging, even for me who's been around for a long time. It's a whole new element and a lot to take in.

From one change to another, the stars in Ninjas in Pyjamas now hopes to continue deliviring on the promise made with thier victory at Dreamhack Malmö. All in all, the latter half of the year could be sumarized as tumultuous - but still far from disastrous.
– It wasn't a waste of time, becuase we learnt so much from THREAT, f0rest says.
– I think we realized just how important tactics really are, he made us realize what we might have lacked before. It was worth it, I regret nothing.

Following Valve's new coaching rules, THREATs role could now be described as an analytic - "a roal which fits him perfectly", f0rest says. Ninjas in Pyjamas's current in game leader is now the same person who have led them throughout all these years, Richard "Xizt" Landstöm.

Ninjas in Pyjamas most recent tournemant result spelled success. At the SL i-League finals in Kiev, Ukraine, the Swedish ninjas managed to - despite playing with a stand in - bring home the grand prize.

f0rest, being the legend that he is, played his heart out and was perhaps the most influencial player at the entire event.

– I'm in a good zone right now. My aim is precise and I make correct decisions in certain moments, it feels great. And right now we also work great as a team which brings out the best in all of us - it makes it easier for me to play good when all else is working as it should, f0rest says.

Right now the Moscow tournemant EPICENTER is coming up, starting monday. A tourney where a majority of the world elite have gathered to fight it out.
– I feel like we're playng really good right now and our form should be strong enough to take us all the way. Still, we have some minor things to work on.

– Mostly it's still bringing in Maikelele to one hundered percent, so he feels comfortable in doing his thing and making sure he knows all setups. It's harder than you might thing - I mean, the four of us have played together for so long and even with pyth we put so much time into making everything work.

– He's making progress, starting to feel better. The doctors haven't concluded what's going on or what they're going to do about it, but pyth sound positive when he talks to us and hopefully he will return soon.

Maikelele have talked about forming a new Swedish team. In a scenario where pyth can't come back any time soon, how long do you think you can play with Maikel?
– We haven't thought about it really, we're just going to play these three upcoming tournaments where we've already decided to play with Maikel as a stand in. During this time we'll try to find out more about how pyth is coming along.

"I was chocked [when Fnatic split up]"

Ninjas in Pyjamas are far from the only team that have gone through changes in the last couple of months.

Several roster moves have been announced among the top teams. One of Na'vis founding members, Daniil "Zeus" Teslenko, left his team to make space for Oleksandr "s1mple" Kostyliev. In France Team EnvyUs have picked up Christophe "SIXER" Xia as their new fifth and recently Finn "Karrigan" Andersen got benched in Astralis.

– I guess many had internal issues that haven't really surfaced before, f0rest says and continues:

– I can understand the Astralis situation, it hasn't really gone as well as were expected from them. However, I think it's all kind off exciting - because it's so open right now and no one knows which team is going to spint and take the lead as the number one team in the world.

However, none of these roster changes, though major, comes close to the recent Swedish shuffle. A move which not only saw Olof "olofmeister" Kajbjer and Freddy "krimz" Johansson go separate ways, but also meant the end to the old Fnatic - a truly historical lineup.

– I was chocked, I couldn't quite understand why, f0rest says.
– According to the interviews I've understood they had some issues with each other, but they still did amazingly well. They came in second at ELEAGUE before breaking apart. They had everything needed to be a number one team, but at the same time - if you're not having fun when playing - then it's obviously not worth it. To me it felt a bit strange, but they know more about this than I do. Maybe they could have tried to solve their issues, it's hard to say.

Tomorrow, Monday, EPICENTER in Moscow begins, the next big tournament for NiP. Right now the stars are bootcamping in southern Sweden, and f0rest describes the athmosphere like being on LAN in the old days.

In the morning they all go through new tactics with THREAT, who is coaching from home, and afterwards practice starts. However, f0rest admits that as the wee hours approach there's also some World of Warcraft going on.

What are your thoughts about the future?
– I hope pyth comes back as soon as possible, so we can return to our stable game and continue building what we had begun building. We won at Dreamhack Malmö, but went down a bit from there. I want us to deliver more consistent results and hopefully win a few tournaments aswell, and continue bulding from there. All in all I'd like us to become more consistent.

Has competed in Counter-Strike since 2005.

Is considered one of the best to ever touch the game.

Has previously competed for teams such as SK Gaming, Fnatic and Begrip. 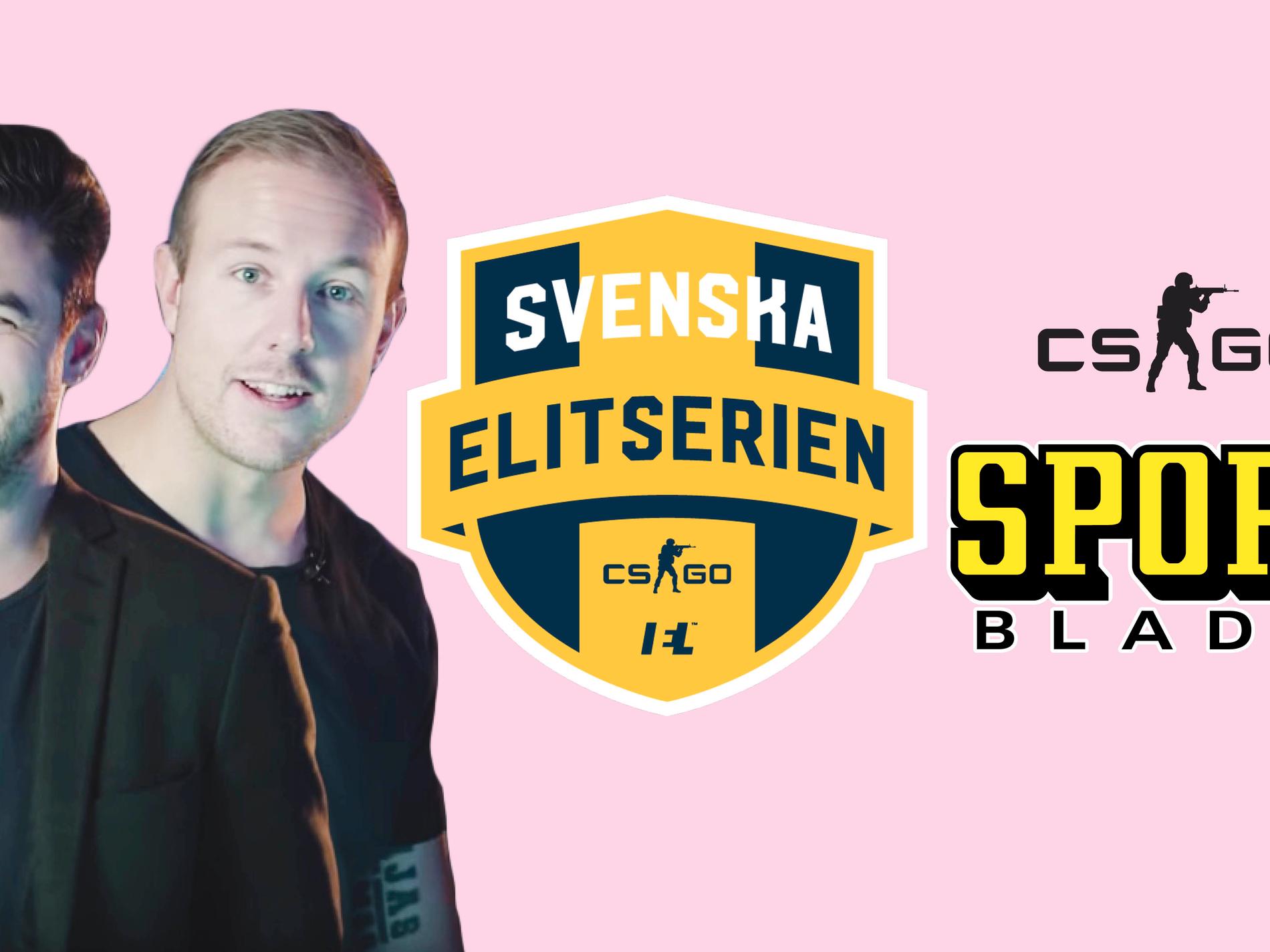 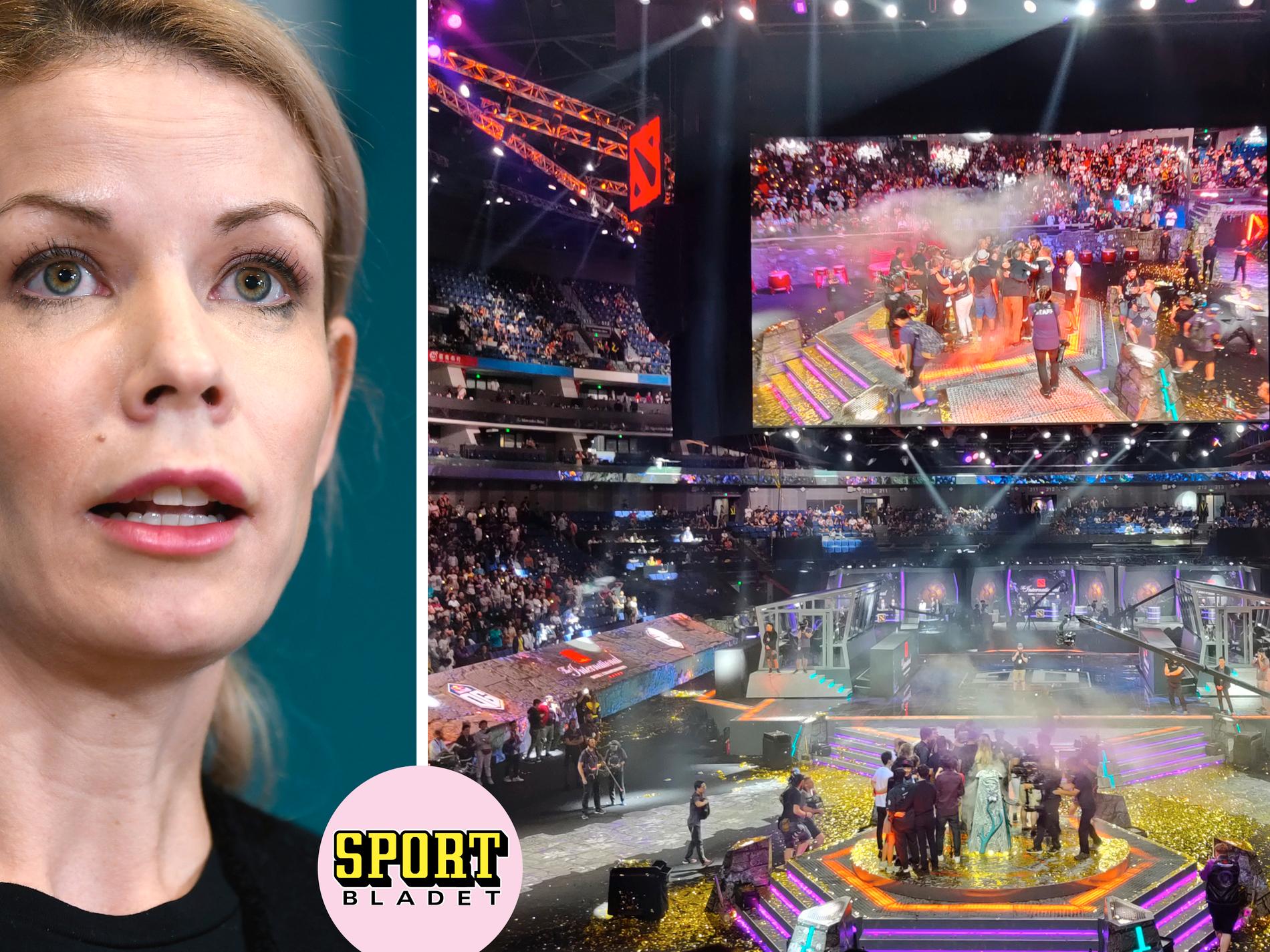 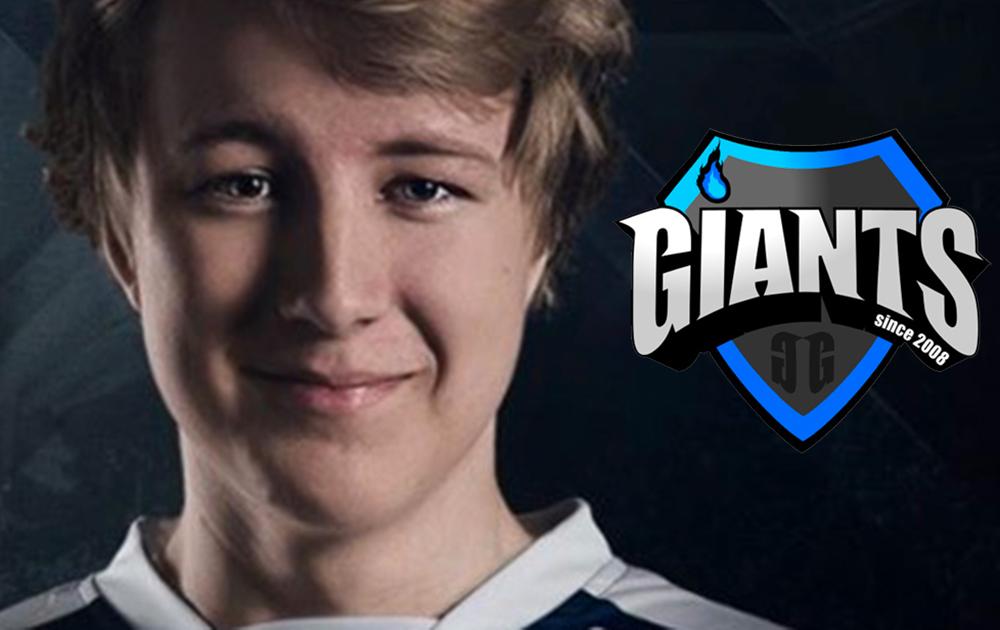 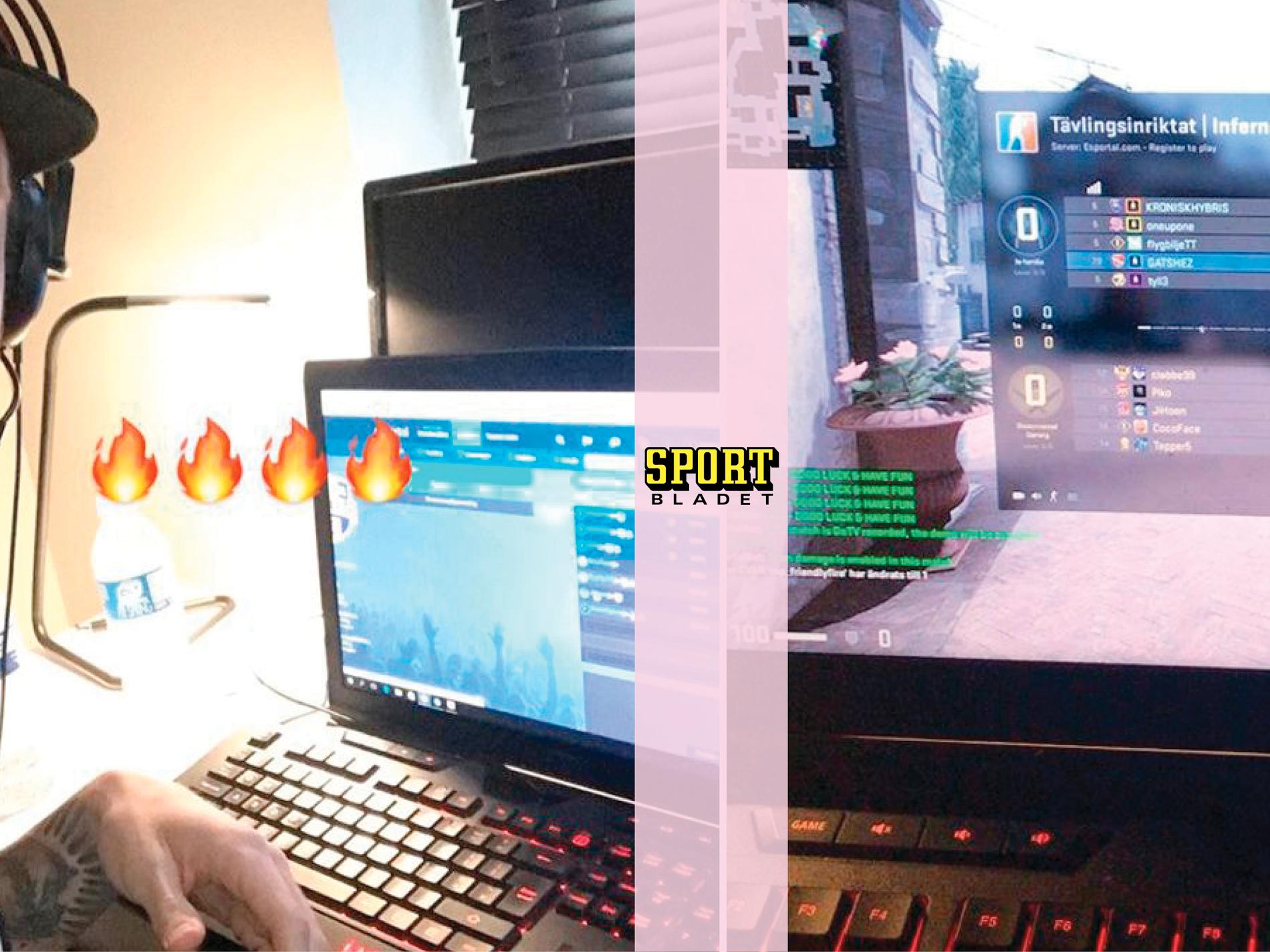 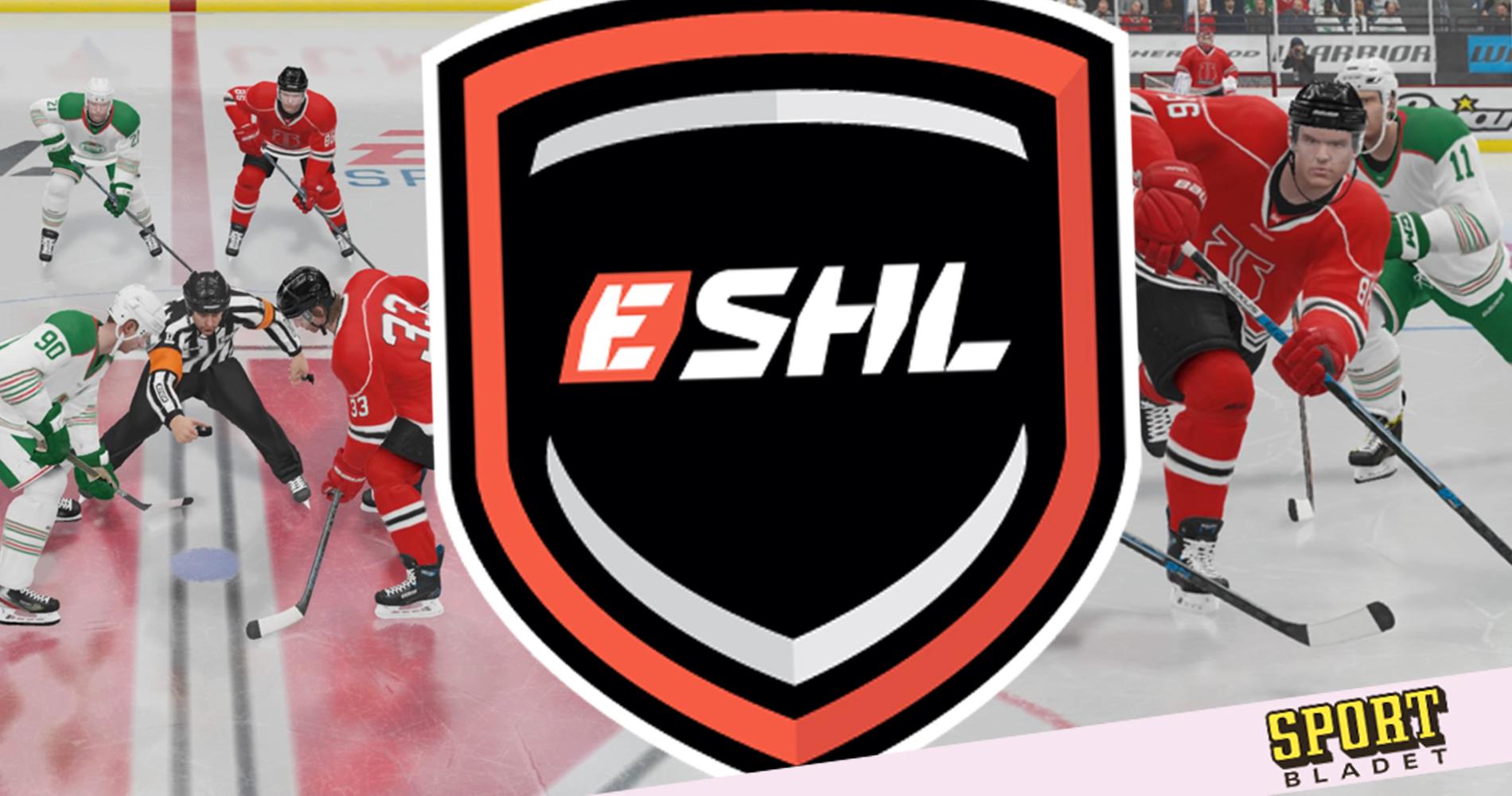